Never Diet Again – Find Out Why! 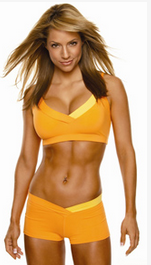 What an interesting article of what your body puts you through to lose weight against those that are already thin. Even in the case of starvation your body stores fat for later use still not allowing you to lose weight. So that starvation diet you were thinking of trying, give it up before starting it won’t work your body is already programmed for failure. Even non fat foods can get stored as fat and when you do lose weight it changes you physiologically and you end up fighting evolution, biology, your brain and your metabolism. I think this author is right; you should never diet again…

Excerpted from “Secrets From the Eating Lab: The Science of Weight Loss, the Myth of Willpower, and Why You Should Never Diet Again”

“I’ve given you the bad news: diets fail in the long run. Now, let’s try to understand why.

In social psychology we often say that if you find that most people behave in the same way, then the explanation for their behavior has very little to do with the kind of people they are. It has to do with the circumstances in which they find themselves. For example, most students in class raise their hands and wait quietly to be called on before speaking. It’s not that they are all timid or overly polite types of people. It’s that the classroom setting is sufficiently powerful that without really thinking about it, nearly everyone ends up following the same unwritten rules. When we think about people who regain weight after dieting, it’s a similar principle. It’s not that they have a weak will or lack discipline, or that they didn’t want it enough, or didn’t care. It’s about the circumstances in which they find themselves, and the automatic behavior that is provoked by those settings. In other words: if you have trouble keeping weight off, it is not a character flaw.

When it comes to keeping weight off, a combination of circumstances conspires against you. Each one on its own makes it difficult, but put them together and you are no longer in a fair fight. One circumstance that makes things hard is our environment of near-constant temptation. Two others are biology and psychology. I realize it may seem odd to you that I am calling these things “circumstances,” but, like a classroom setting and the behavior it produces, we need to acknowledge the context in which you regain weight.”

So there you go I am never dieting again, let my body be what it wants to be and I’ll be happier for it…until I try on that bathing suit.

How Diets Make You Fat! The scientific truths behind dieting’s dirty little secret…